Two years after the onset of a world-altering pandemic, the behavioral health industry saw adjustments and reactions to a lot of new developments. The industry did so while grappling with several of its chronic headaches such as workforce shortages and payer-reimbursement challenges.

All the while, the newly empowered space — buoyed by $5.5 billion in 2021 — faced scrutiny from the public and from government officials as was the case for the startup Cerebral.

We also saw several new approaches to long-standing issues such as the timely access to care issue and establishing standards for value-based care behavioral health come into question.

As we all make sense of 2022, here’s a look back at the Behavioral Health Business stories that garnered the most attention during the year.

This story and two related stories — “Why the Massive Investment in Autism Companies Created a ‘Ticking Timebomb’” and “Large Autism Provider CARD Shuts Down Operations in 10 States” — made up three of the top five most-read stories for BHB.

Collectively, they reflect the power of two potent dynamics in 2022 — workforce challenges (both shortages and wage inflation) and payer dynamics.

Leading into 2022, several autism providers and private equity investors sought to scale up national autism treatment platforms to capture market share and establish leverage with payers. It’s one of the hottest areas of investment in behavioral health and has been for years.

However, workforce pressures and slower-than-anticipated reactions by payers eroded the top and bottom lines, respectively, resulting in operators seeking a pressure release on their balance sheets. And that relief came in the form of scaling back, specifically layoffs and market closures.

A specific example of this is The Centers for Autism and Related Disorders (CARD). The company is rationalizing its portfolio and pulling out of 10 markets to focus on 14 markets where it has a larger concentration of locations.

These stories gave well-capitalized autism treatment platforms seeking to expand via land grab a reality check and revealed the limits of national platforms in health care.

He also shared insights about his work as the chief medical officer at the behavioral health tech company Talkspace Inc. (Nasdaq: TALK).

The story picked up traction as several professionals in outpatient mental health found the idea of using AI to record and grade therapy sessions a violation of privacy. Many also took issue with the idea of payers dictating to providers how they should care for patients.

The use of AI in behavioral health is one that’s seen as having a high potential for good and for abuse.

3. MIND 24-7 Aims to Bring Retail Behavioral Health to the Masses, Wants to Become the ‘Starbucks of Mental Health’

The reveal of MIND 24-7’s all-in-one, always-on behavioral health clinics was similarly polarizing. On one hand, some saw the model as a much-needed asset providing timely access to care in a segment of health care defined by weeks-long waiting lists. On the other hand, some saw the apparent “retailization” of behavioral health services as lessening its importance or impact.

Many also balked at the Scottsdale, Arizona-based startup’s idolization of the consistent and well-defined customer experience of the cafe chain Starbucks.

MIND 24-7 now has three clinics and a fourth planned, according to its website.

Hands down, this is the biggest deal of 2022. One of the largest outpatient mental health providers in the nation — likely only second to LifeStance Health Group Inc. (Nasdaq: LFST) — was acquired by the services arm of the health care conglomerate UnitedHealth Group Inc. (NYSE: UNH).

The deal represented a huge exit. Rather than tapping the public market like its compatriot LifeStance, it opted for a private exit to Optum. And it did so on an accelerated investment timetable.

In just 15 months, Kelso & Co. and Refresh Mental Health’s leadership team grew the company to more than 300 locations in 37 states.

Early in the year, the Purchase, New York-based telehealth provider Teladoc Health Inc. (NYSE: TDOC) revealed just how important its mental health service BetterHealth was to its financial performance. It pulled in $700 million in global revenue, about a third of Teladoc’s annual revenue.

In the third quarter, Teladoc’s revenue increased by 17% to $611 million. BetterHelp specifically grew by 35% quarter over quarter.

Good news about Teladoc and BetterHelp’s top line was offset by a nagging problem challenging the bottom line of a lot of digital health companies with a direct-to-consumer approach — customer acquisition costs. Through September, Teladoc’s advertising and marketing spending totaled $477 million, accounting for 24% of its expenses, according to public financial documents.

Teladoc CEO Jason Gorevic blamed disappointing profitability results on smaller, well-funded competitors “making what we would consider to be economically irrational decisions” that drove up the cost of online marketing.

Early on in 2022, we learned just how remarkable the investment and dealmaking scene was in 2021 for behavioral health. And we learned to expect something a little different going forward.

Proprietary data from the M&A firm The Braff Group shows that the behavioral health industry saw 251 deals completed in the space, up about 33% from 2020. Over the last five years, behavioral health has seen more deals and a faster rate of growth than any of the other segments of health care that the firm tracks.

“It doesn’t take a lot right now to get into the double-digits multiples of EBITDA If you have a company that’s growing quickly or is generating about $4 or $5 million worth of EBITDA,” Dexter Braff, president of The Braff Group, said during a BHB webinar.

We expected at the time to see fewer platform deals, more tuck-in acquisitions, a favoring of de novos while the demand for behavioral health assets remained elevated compared to historic norms in 2022. And we saw much of that.

Deal volume fell through September, according to Braff. But if compared to 2020, rather than the outlier 2021, deal volumes are up roughly 5% for all of behavioral health and up 9% and 14% for addiction treatment companies and mental health providers, respectively.

Still, 2022 is shaping up to be the second-best year for investment and dealmaking in behavioral health ever.

The deal stands out because it’s the kind of major platform exit that was not seen en masse in behavioral health. Action Behavior Centers has an $840 million valuation and $60 million in projected annual adjusted earnings, Axios reported.

Action Behavior Centers is remarkable for both its scale and the speed of its growth. Just from a math perspective, it’s harder for large companies to post eye-catching percentage growth given the large denominator it is working with.

The Austin, Texas-based provider lists 154 locations and soon-to-open locations in Arizona, Colorado, Illinois, North Carolina and Texas on its website. It also saw revenues grow by 1,249% from 2018 to 2021, making it one of the fastest-growing companies in the U.S. regardless of industry, according to Inc. 5000. Speaking of which…

8. Here Are 20+ of the Fastest-Growing Behavioral Health Companies in the U.S.

The 2022 Inc. 5000 included 23 behavioral health operators — 17 of which were outpatient mental health and autism treatment providers, according to a review by Behavioral Health Business.

Many of the autism services providers on the Inc. 5000 are among the largest in the nation. These include The Stepping Stones Group and Action Behavior Centers.

The fastest-growing company among behavioral health providers was Integrative Psychiatry Institute, based in Longmont, Colorado. It provides medical education for psychedelic-assisted therapy and integrative medicine. It ranked No. 98 overall with revenue growth of 4,387%.

Sens. Elizabeth Warren (D-Mass.), Cory Booker (D-N.J.), and Ron Wyden (D-Ore.) — three of the most powerful lawmakers in D.C. — sent an open letter to Talkspace and Teladoc asking for documents and information about their data sharing practices with “Big Tech.”

“We have long been concerned about the misuse of personal data by Big Tech companies and unscrupulous data brokers, especially for the purpose of microtargeting vulnerable populations,” the letter states. “Unfortunately, it appears possible that the policies used by your company and similar mental health platforms allow third-party Big Tech firms and data brokers, who have shown remarkably little interest in protecting vulnerable consumers and users, to access and use highly confidential personal and medical information.”

The letter reflected an industry practice that strikes many as ethically questionable. It cited media reports, including one by Jezebel, that claims these companies shared potentially sensitive data with social media and other tech companies.

Controversy dogged Cerebral all through 2022 in a continuation of questions that were raised in 2021.

In this story, CEO David Mou told BHB that the company would put “exploratory” efforts on hold and focus on value-based care delivery and treating serious mental illness (SMI). He spoke with BHB soon after he replaced the founding CEO, Kyle Robertson.

Since then, Cerebral announced a couple of rounds of layoffs and the elimination of some services. It also faced scrutiny from the Drug Enforcement Administration and launched a legal challenge against Robertson who postured that he may sue the company a few weeks earlier.

Tue Dec 20 , 2022
Persons employ the service of personalized damage attorneys for several good reasons, but commonly the attorney is employed to support get better compensation following a man or woman has been physically injured. With so a lot of persons both battling with monetary hardship or merely just not possessing the time […] 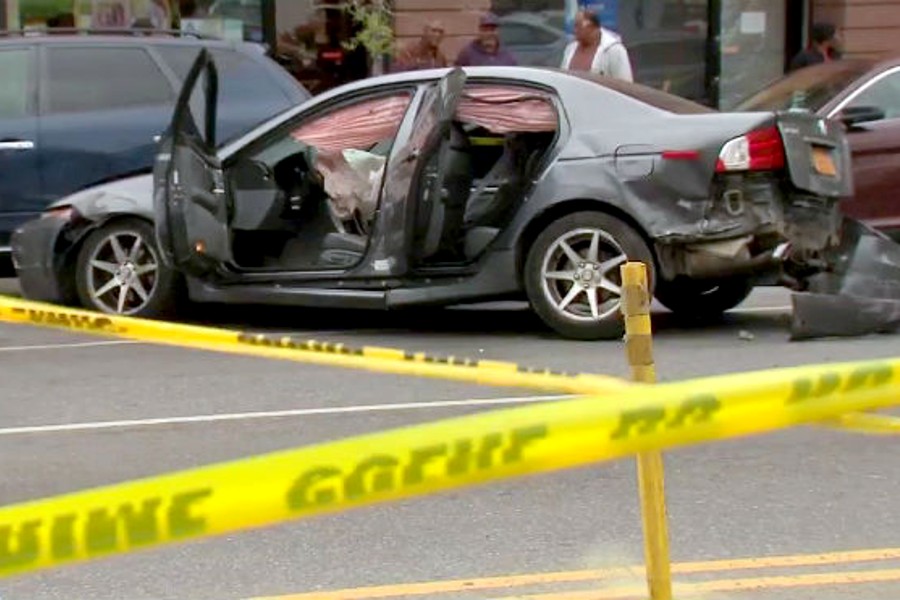